Vochol at the San Diego Museum of Art 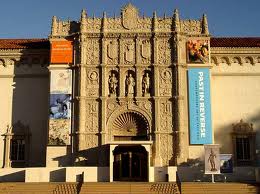 Vochol: Huichol Art on Wheels Launches Worldwide Tour in San Diego
Jan 5 2012
First-of-its kind Volkswagon Bug exhibition to connect cultures around the world
San Diego, Calif.- The San Diego Museum of Art will debut Vochol: Huichol Art on Wheels’ international tour, a captivating display of more than 2,277,000 glass beads arranged on a classic Volkswagon Bug – the canvas for the exclusive cultural design. This original work of art will kick-off its international tour in San Diego on January 19 and run through March 10. A true testament to Mexican popular art, the patterns and designs displayed on the car create a bright, colorful image embodying the ethos of the Huichol culture.
The Huichol culture includes approximately 26,000 people who live primarily in the states of Jalisco, Nayarit, and Zacatecas. They have traditionally been a nomadic culture, but in recent times they have settled into more permanent residences in Western Mexico. Along with the many distinctive customs that characterize their culture is a dedication to the visual arts that is realized most often in the forms of yarn paintings or beadwork applied on select objects. The Huichol are a deeply spiritual people and much of their traditional artistic output is an extension of their faith.
Vocholcombines the traditions of the Huichol with an icon of popular culture, the Volkswagen Beetle. Within this work of art, as with many traditional Huichol works, the artists have incorporated references to animals such as deer (the most revered of all animals), peyote (used as a part of a sacred ritual), and various abstract designs.
After leaving the Museo de Arte Popular, its place of origin, Vochol will embark on an international tour starting in San Diego, moving on to several esteemed institutions worldwide such as the Smithsonian Museum of the American Indian in Washington D.C. and the Musée de Quai Branly in Paris. Vochol will ultimately be sold at auction by the Friends of el Museo de Arte Popular in Mexico Cityto support the work of Mexican artisans.
Vochol: Huichol Art on Wheels, organized by the Asociación de Amigos del Museo de Arte Popular (AAMAP) and Governments of the States of Nayarit and Jalisco, took seven months to construct and is truly an unprecedented work.